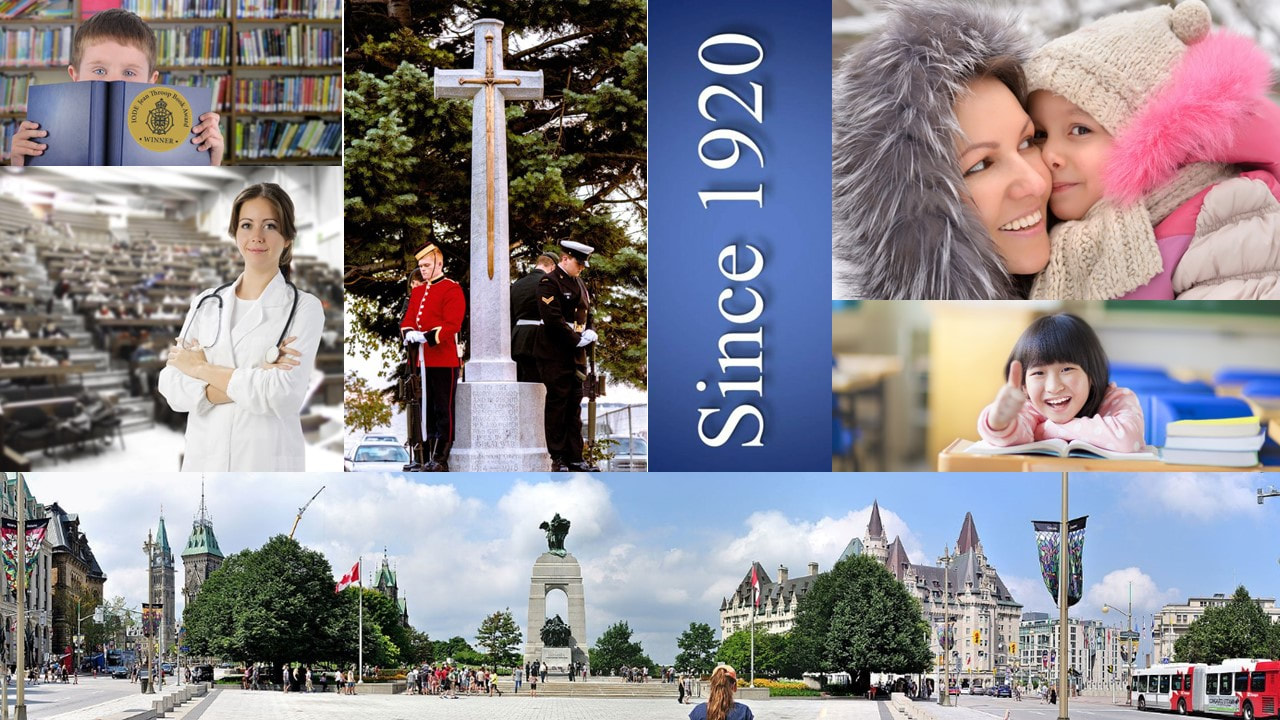 Since 1900, IODE has sent necessities to those in need, both at home and abroad

In Ontario, the Provincial Chapter has gathered, packed and shipped needed articles since 1938. The statistics regarding the total War effort were staggering: $5,365,440 and over 2 million of that figure came from the chapters in Ontario.  However, the real worth lay not in the material values, but in the spirit that inspired and sustained members through the years of the war.  A large part of the work was to fill the Service Libraries.  Books and magazines were gathered for every camp, station and on every ship and sent through Geneva to the prisoners of war camps and this continued until 1948.

Today, the value of shipments continued to grow.  Boxes are sent to community centres, nursing stations, women’s shelters and schools in remote Northern areas.  Articles shipped include many hand-knitted hats, mitts, socks, afghans, sewn quilts and receiving blankets.  These are made and donated by members across the province.  Baby clothing and layettes are in great demand, as are warm, winter jackets and track suits.  Personal hygiene and dental care products, socks, underwear and blankets are also well received.
Articles are shipped to isolated communities in Nunavut, Labrador, and Northern Ontario.
To donate to these programs or any further inquiries about this department email iodeontario@gmail.com
​IODE Ontario Service Projects
Below is a summary of services projects IODE Ontario members have participated in over the last 100 years.
To celebrate our 100th anniversary, we prepared the following list of services projects undertaken by IODE Ontario.  A few National projects to which Ontario made substantial contributions are also included.  This is, by no means, a complete list.  Many other projects were tackled.  Much of this information was gleaned by reading our annual reports from the last hundred years.  Doing this research gave an amazing insight into our past.  These projects were only made possible by the hard work, donations and enthusiasm of you and your predecessors, the primary chapter members.
1920 – 1929
Work of the chapters was focused on finding ways to help reduce the infant and maternal mortality rate in their communities.  This work continued in the 1930’s.

The War Years – Countless contributions were made by IODE members through their Primary Chapters and at the Provincial and National levels. Here are just a few:
1947
​IODE Ontario decided to award a prize to Junior chapters for best layette or sewn article submitted to 1948 Provincial Annual Meeting.  Prize - $10 to chapter for best layette; $5 to member for best sewn article.
1948
Provincial Food Parcel Fund for Britain established.  Through this fund enough food was purchased to make up 217 parcels valued at $1,168.  In addition to money, chapters sent actual food parcels to the Provincial office for re-shipment to Britain.
1952
Three IODE departments, Child & Family Welfare, Ex- Service Personnel and Post War Services were amalgamated to form “Services at Home and Abroad”.  This was changed to “Services” in 1969.
1954 – 1955
​Greece suffered 2 earthquakes.  IODE Ontario shipped more than 30 crates filled with quilts, new and used clothing to aid the victims.
1957
​165 cases of clothing and bedding were sent to England as part of the ongoing war relief work following WWII for distribution by the hospitals.  Food parcels were also sent for families.
1973
Anti-venereal disease educational program was launched.  Booths were set up in public locations and information provided about V.D. and its treatment.  This program was developed with the cooperation of the Ministry of Health.
1975 - 2015
The IODE Ontario Concern for Children Fund was established in celebration of IODE Canada’s 75th anniversary.  This fund was used to pay for genetic counselling initiatives.  Some results from the Concern for Children Fund:
1982
Over $12,000 was raised for hearing testing equipment for the Ontario Crippled Children’s Centre
1987 to present
Footwear for Kids - a special fund to which Primary Chapters donate for the purchase of boots, running shoes, socks, etc. to be sent to remote Northern communities.
1997
Children’s Cancer Camp Fund established.  The goal was to raise $60,000 over 3 years to build a winterized camper cabin at Camp Trillium, Rainbow Lake, Waterford.  Robert Bateman donated a limited edition print to IODE Ontario to be used to help raise the funds.
2000 - 2003
The Children’s Cancer Fund, having met its goal, was closed.  Members voted to continue this worthwhile project and a new project, the Rainbow Lake Cancer Camp Fund, was launched.  Swing sets, a sailboat, a teepee and 1,300 camper t-shirts were provided during this period.
2006
Carla Can Sing - project initiated by a non-profit oncology organization to create a kit to help children coping with cancer.  The kit contained a doll (with removable hair), illustrated booklet on the treatment process and a DVD.  IODE Ontario was asked for 1,000 backpacks to hold the materials.
2015
Celebrating Service Animals - 5 year project announced.  Chapters were asked to consider supporting service animals/organizations.
The total value of services work over 100 years for IODE Ontario chapters
(converted to 2019 dollars)
​

IODE Canada is a national women's charitable organization dedicated to enhancing the quality of life for individuals through education support, community service and citizenship programs.